Hi, everyone! We will organize an event that will allow you to explore Japanese history!

Do you know “Nara”? Nara is one of the prefectures in Japan known for its famous parks of deers. However, it also used to be the most important city of ancient Japan as Nara was the old capital.

Before Tokyo, the capital Kyoto and this city is more well-known in Japan but Nara takes you even further back to the centre of cultural, traditional, architectural, economic and artistic development in Japan. Nara is home to many historically significant and ancient temples, shrines, and architecturally unique buildings. Current capital Tokyo and previous capital Kyoto all take inspiration and are based on the ancient capital of Nara. To understand the origin of inspiration for all Japanese physical structures that used to make up the city in old Japan, including the world's oldest fully wooden constructed building in human history, the Horyu-Ji, we must go back to the start which is Nara.

At this event, we will explore the exhibition of Nara in the British Museum. You will have a Japanese native tour guide that will present her countries history to you in an authentic and personal way allowing you to learn and interact. You will have the chance to delve into the original inspiration for much of Japanese cities, the early years of traditional Japanese architecture and a first-hand look at original Japanese art pieces.

After visiting the British Museum, we will have Japanese tea with attendees at a nearby elegant cafe allowing you to share your experiences of the exhibition, learn more from tour guides and meet new friends interested in Japan and Japanese people too. This is also a great chance to practise your Japanese but there is no need to speak even a word of Japanese to join.

If you are interested in Japanese history, Japanese culture or meeting people to share your interest in Japan with then we welcome you to Exploring The Ancient Capital of Japan: Nara tour. 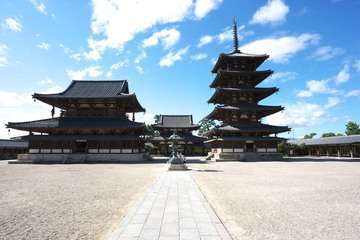